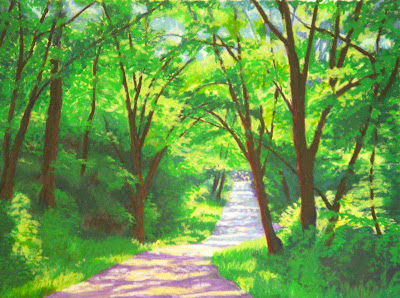 "Wooded Road" the last of my summer pictures is now on the wall for evaluation. All that green and yellow! Now is time for subjects with much less green in them. My next drawing is based on a photo I took during one of our driving tours in the region. There was a small dam (I can't remember where) with rocks and grapevines down stream of it. I altered the photo to make it more purple and yellow and more constrasty. For a change I did this drawing on maroon Color Fix paper, (13" x 18"). The sanded surface eats colored pencils fast but the painterly, pastel-like appearance is worth it. After all I have lots of pencils just waiting to be made into pictures. The dark shadows I brushed into the grain to make them darker. I tried using colorless blender in the highlights but it doesn't seem to work well with this surface. 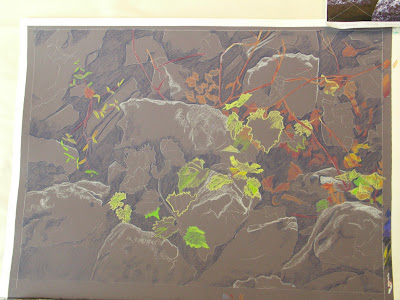 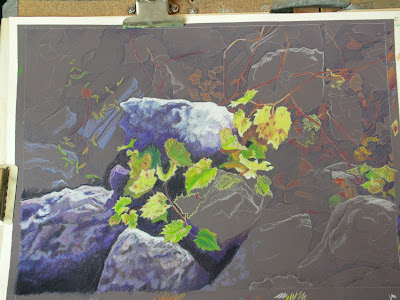 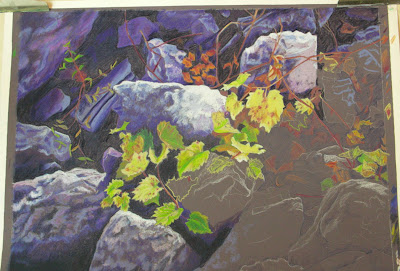 I haven't been bike riding in the marsh since the heavy rains earlier in September. Yesterday I took a short ride to the north end of the marsh trails and was met by road blocks to restrict access. A bicylist came off the trail and said it was water covered in the middle of the marsh and unpassable. So I just rode my bike to the bridge over the La Crosse River. I really didn't do much riding, I was taking lots of photographs. The flooded marsh was fascinating and beautiful! And there were no mosquitos! The few photos shown here are only a fraction of what I took that day. Of interest was the three canoeists coming downstream. The lower part of the La Crosse River is popular with boaters since they can start at a convenient location up river and end up near downtown in Riverside Park. 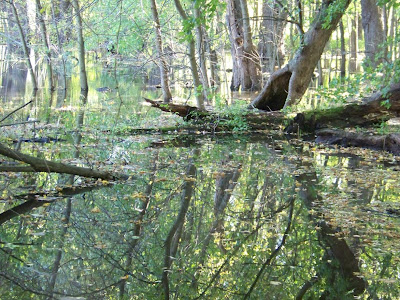 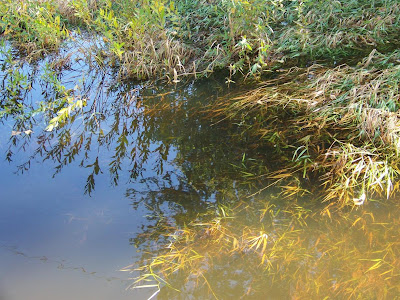 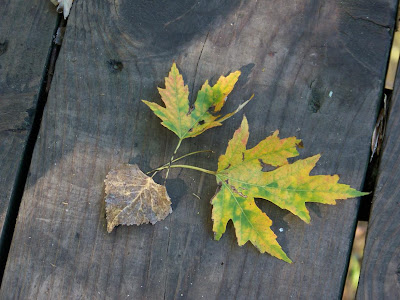 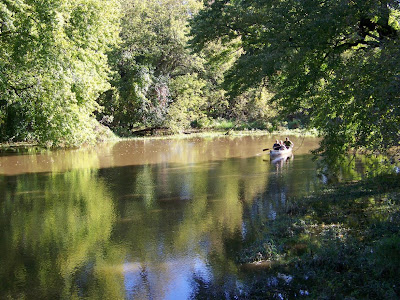 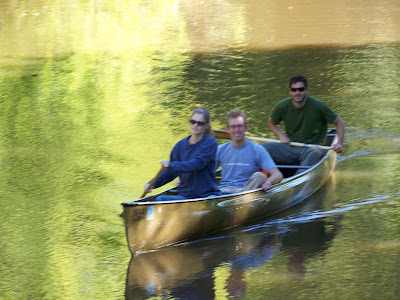 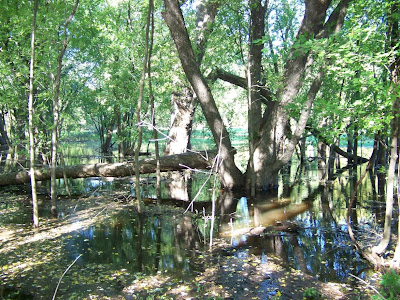