Spring! Where did the winter go?

After four months I am finally catching up with this blog. It had been a mild winter. Which is good since we put in a new tree last fall to replace the rock elm that was taken out the year before. This little sapling is a tulip poplar and the city forester warned us that the very young trees are very vulnerable to winter. But Don still insisted on getting one from the Arbor Day Foundation

The early warm spell has me planting greens, radishes, onion seeds and carrots. Though there was a heavy frost last Wednesday night. I covered up the garden bed as a precaution.

Monday, for her eighty-first birthday, my mother went into surgery to remove a bowel obstruction. Fortunately it doesn't look cancerous. But at her advanced age there can be complications, so she still is in the hospital.

Here are some of the drawings I have done.

Pasture Codgers, tinted charcoal on charcoal paper, I just had to use both of these trees; they reminded me of two old guys arguing with each other! 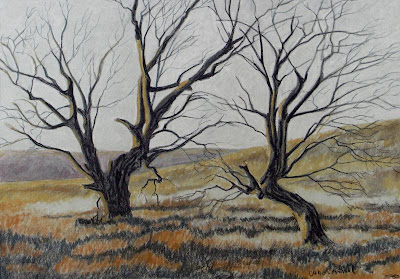 I did some drawings in conte crayon this winter. I found it was easier to convert the original photo to gray scale first. The conte color range is black, sepia, bistre, sanguine, light gray and white. Most of the landscapes where taken at the height of summer when all was green, and that was too distracting. 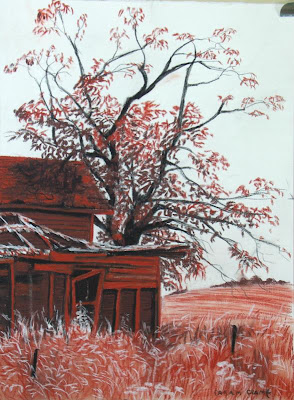 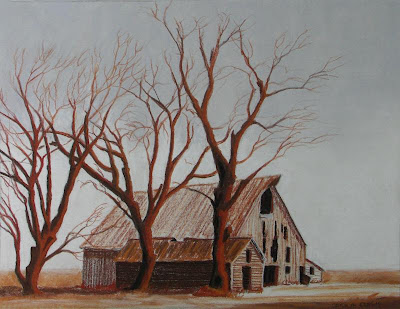 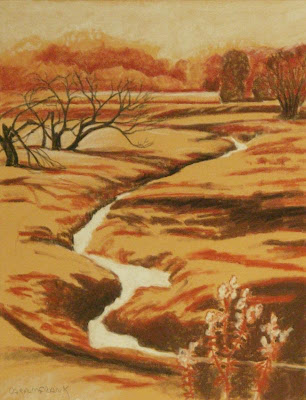 Stone Head, on light pink charcoal paper, compare this with the drawing above; same colors but different background paper. That make a big difference in the look. 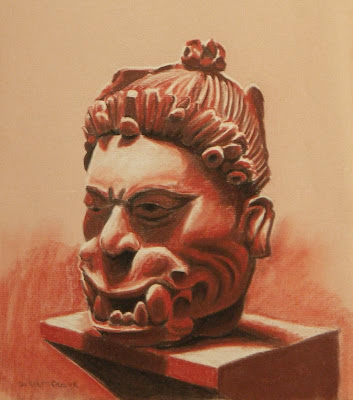 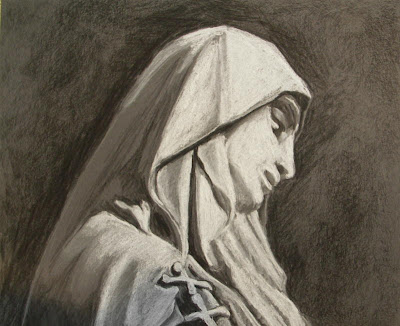 Oliver 55, on medium gray paper. Yes, Oliver tractors are green! and that is an overturned white jug on the exhaust stack. 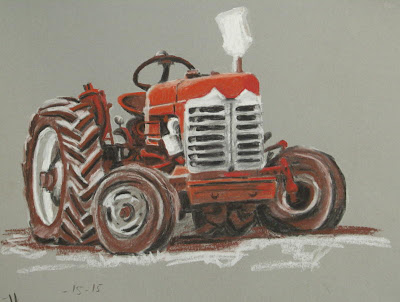 Here is a drawing that combine two of my interests: cats and leaves. The original had a gray and white cat that didn't show up that well against the background. So I used photos I had taken of Lou as a stand in for color and markings. 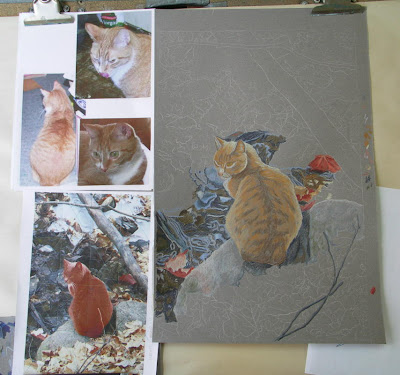 Creekside, 11.8 inches by 18 inches, colored pencil on gray Canson Mi-Tients paper. This drawing is entered in the Colored Pencil Society of America contest this year. 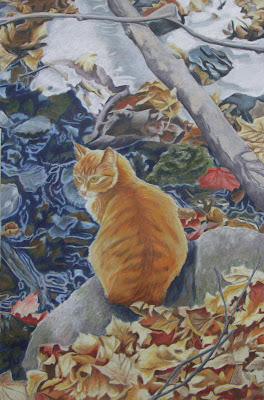 Lou has been further inspiration. One day I looked up from my computer and saw Lou napping in the hallway. I did a quick sketch and then since he wasn't moving, I took some photographs. 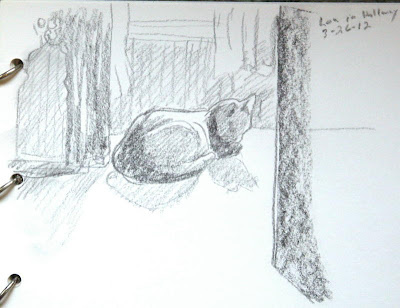 Lou's Afternoon Nap, In progress, 11.5" x 16", colored pencil on Eggshell Canson Mi-Tients paper. For compositional purposes, Lou was flipped so he was facing the center. 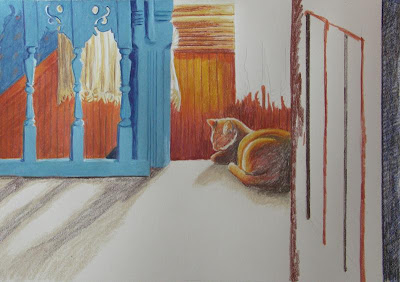