I'm back! change and more change

Change! I finally had knee replacement surgery in 2013. First the left knee in February and the right knee in November. I'm not like new but a great improvement. Then in 2014 UW-L decided to close the Wittich Hall pool and convert the building to offices. Since the only reason I joined was to use the pool, I let my membership laspe. During the summer I tried using the municipal pools. Even the newest one, only a few blocks away from my home was uncomfortable with cold showers, paid lockers that didn't work and only Friday having an Adult swim time during the day. So in October after our trip to Maine and Acadia National Park I joined the YMCA and now back to swimming three times a week.
This year Don retires, he will turn 60 in June but he will be quitting in February. All of those years of saving money and living well within our means is going to pay off.
My parents finally moved out of the house they had built in the 80s and bought a duplex in Lyle. But Mom's health is now worse and she is now in assisted living in Austin. Dad's health took a turn for the worse and after recovery he might join Mom in Austin. Lucky for him my brother Ron always check on him everyday.
For art activities I put away my colored pencils and did almost nothing but oil pastels most of 2014. I set a goal of using just my old cheap OPs and cut down old matboard, priming with homemade grit primer and using photo references from the Reference Image Library at Wet Canvas. I also changed subject matter from landscapes to flowers, still lifes and animals. Because of the iffy nature of my materials these aren't for sale. I haven't done a count of OPs done, but there must be a couple of dozen. Doing a lot of these over a comparatively short time improved my skills and I experimented with colored primer and underpainting. 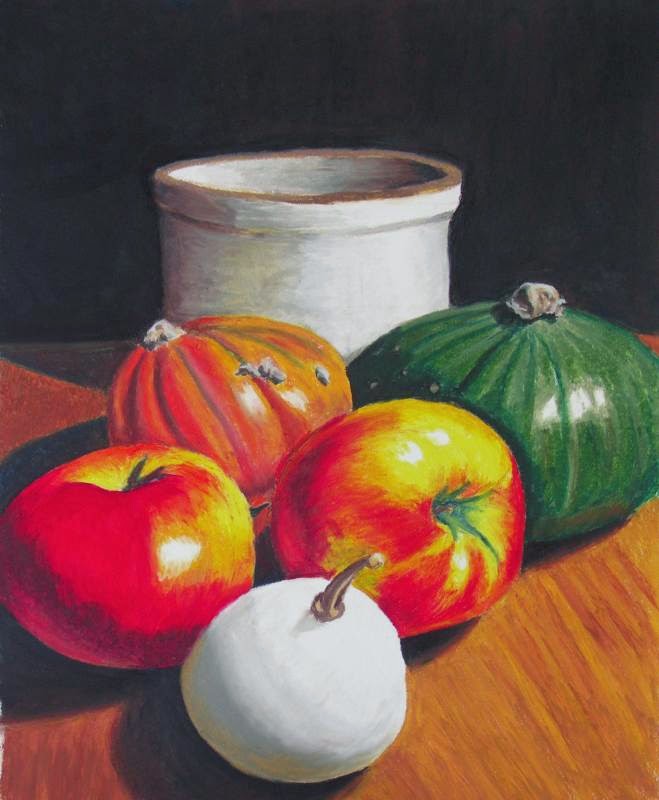 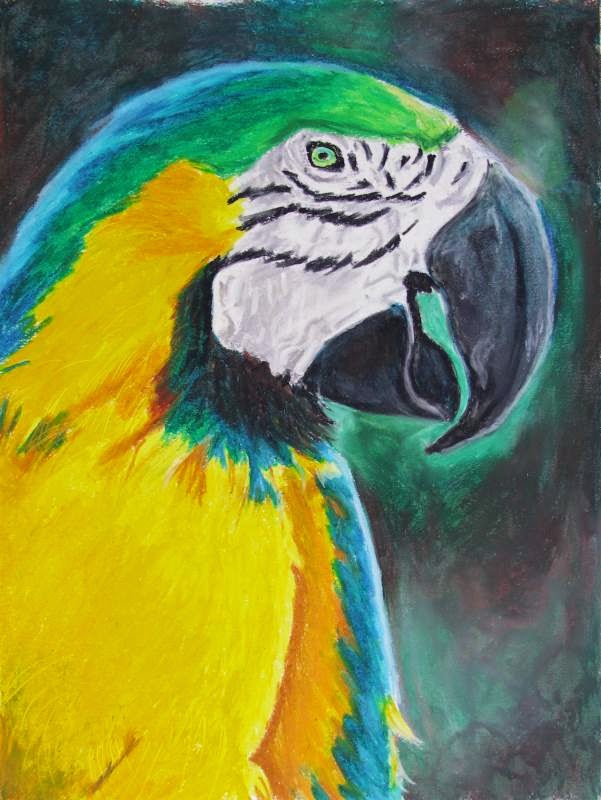 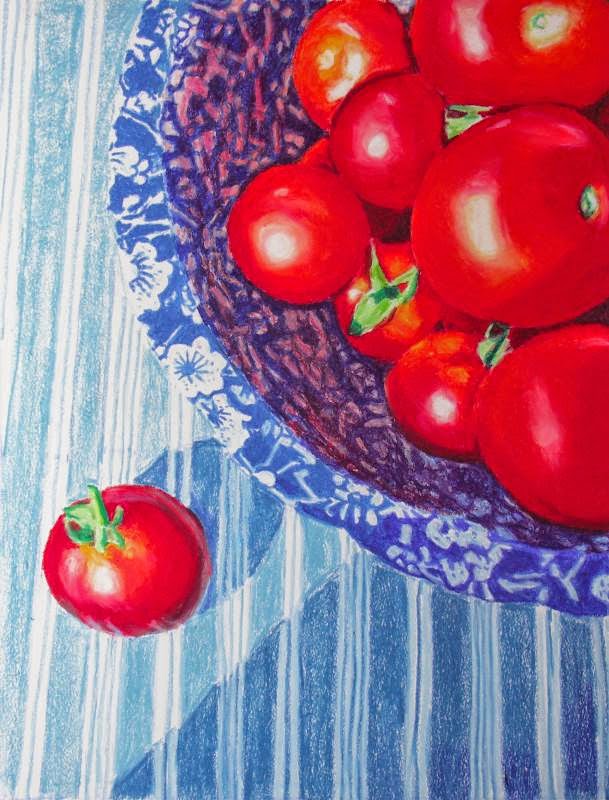 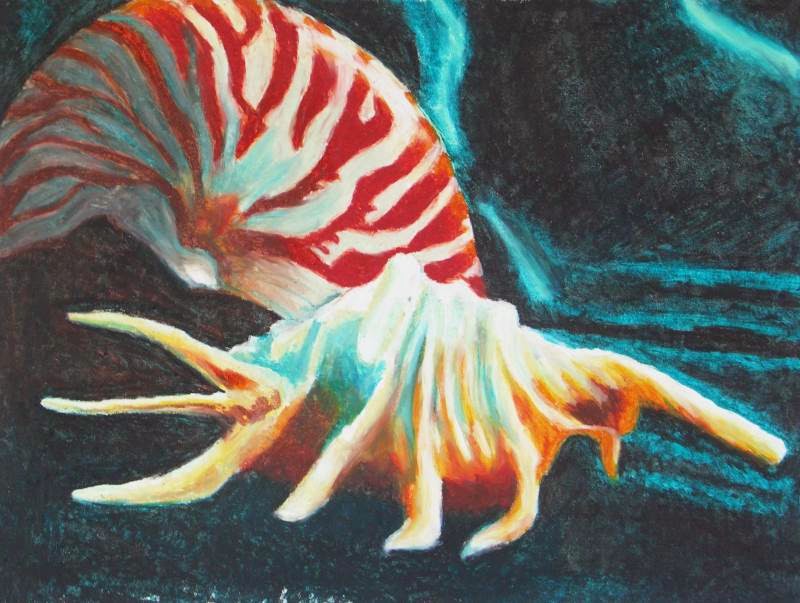 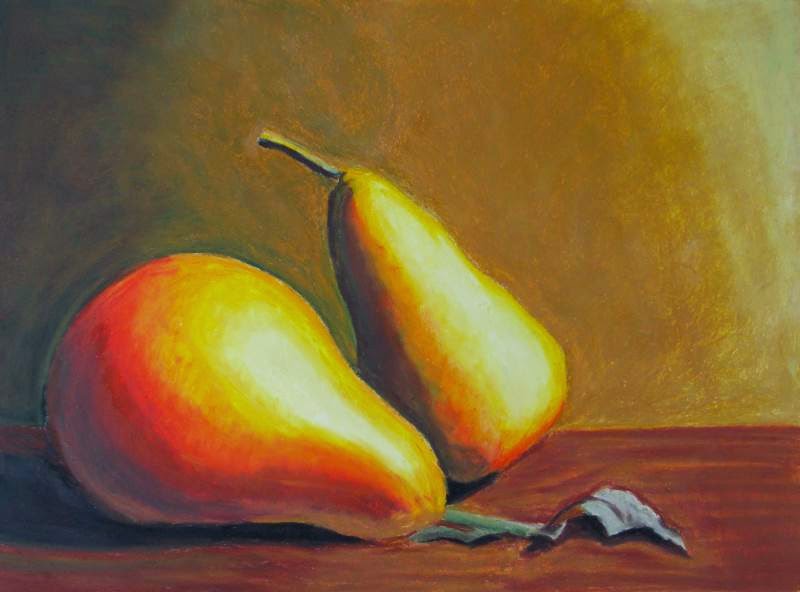 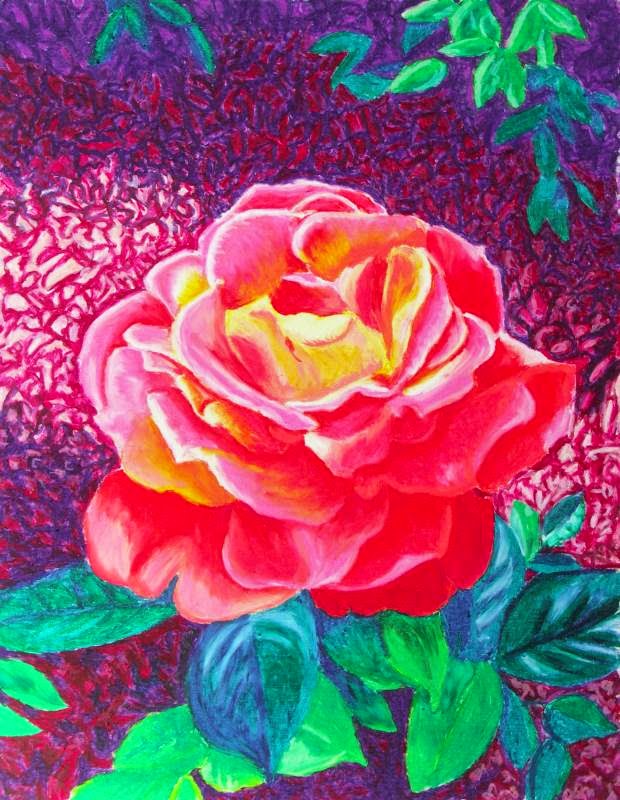 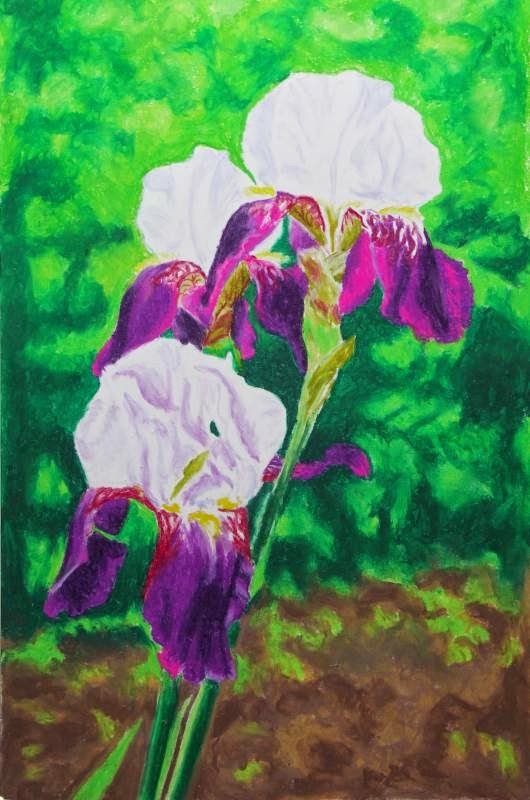 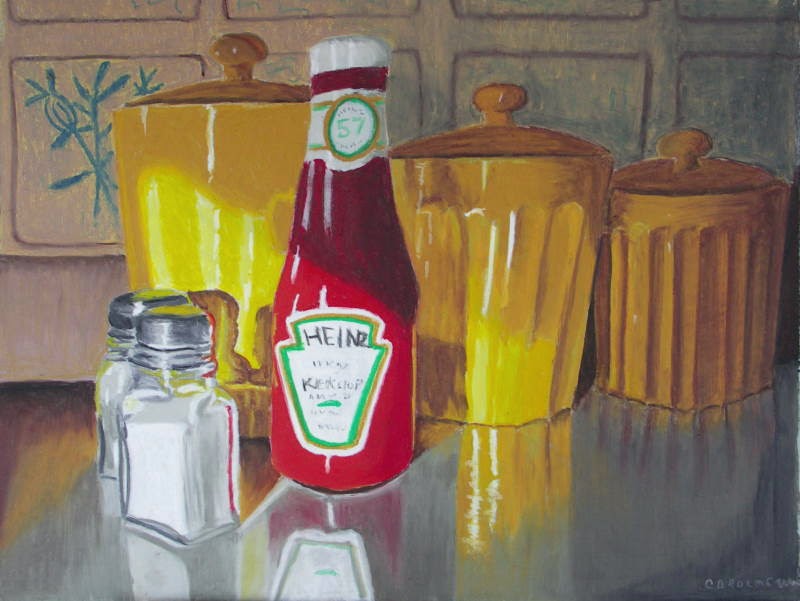